If you’re interested in history and art, Gloucester is the town for you. Gloucester was home to Winslow Homer, Childe Hassam, Frederick Mulhaupt, Cecilia Beaux, and Jane Peterson. It was also home to Stuart Davis, Gordon Grant, and Harry DeMaine. Today, you can find a variety of works by these artists and more at galleries around town. Rocky Neck Art Trail offers a look at the work of painters such as Edward Hopper, John Sloan, and Fitz Henry Lane.

If you’re a family, consider a trip to Gloucester’s children’s museum. There are plenty of activities for kids, including a recreated canoe and book nooks. The museum also includes a diorama of Gloucester Harbor and a Fresnel lens. Character cards allow children to learn about the artists and paintings. For adults, the Fitz Henry Lane and Folly Cove textile design exhibits will fascinate you.

For a fun family holiday, take the kids to Gloucester’s downtown and explore the local culture and attractions. There’s lots to do in the historic district, from whale watching to beach-going. Make sure to bring your camera so you can document your trip. You’ll be planning your next trip in no time! And don’t forget to check out the many galleries and museums. They’ll help you plan an unforgettable stay in the city.

One of the city’s most notable landmarks is the harborside Man at the Wheel. This statue pays tribute to fishermen who died at sea. It sits on the south side of Stacy Boulevard. There are thousands of visitors every year. If you’re in the area, you can visit the Gloucester Fisherman’s Memorial. It’s an eight-foot bronze statue that overlooks the harbor and is a popular tourist attraction. It’s a great way to spend a summer evening!

Dogtown, originally known as Commons Settlement, is the city’s oldest settlement. It was settled in 1693. The colonists believed that the rocky terrain would protect them from pirates. Later, the moors remained clear until the mid-1830s, when it became an abandoned town. Its inland section is now part of the Essex National Heritage Area. Dogtown features inspirational quotes etched into boulders. Babson, the founder of Babson College, is born in Gloucester.

The town’s permanent settlement centered around the Town Green area. While the harbor area was still an important part of the town, most development in the town was focused on the Town Green. The harbor is located about two miles away and it was not until the late 18th century that the town started to expand. There are even two overlapping historic events that took place in Gloucester during the early 1800s. You can view this by visiting the site today.

One of the most unique experiences in Gloucester is dining at a restaurant that offers live music. The Gloucester House, which is owned by the Serenitee Restaurant Group, offers live music every Friday night. The restaurant is a classic fixture on Seven Seas Wharf and has served the locals for more than 60 years. You can enjoy lobster rolls served warm with butter or cold with mayo. Lobster stuffed lobster is also available at Gloucester House. The service is friendly and attentive.

Goshen, New York, is a village in Orange County, New York. It is part of the larger … END_OF_DOCUMENT_TOKEN_TO_BE_REPLACED

Waterville Valley is a small town in Grafton County, New Hampshire. Its population is estimated at … END_OF_DOCUMENT_TOKEN_TO_BE_REPLACED 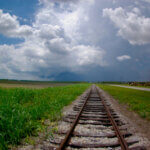 Clarksdale, Mississippi, is located along the Sunflower River. This city is the county seat of … END_OF_DOCUMENT_TOKEN_TO_BE_REPLACED

Mooresville, NC is located near Charlotte. The population was 32,711 at the 2010 census. This town … END_OF_DOCUMENT_TOKEN_TO_BE_REPLACED

If you've ever wanted to visit the historic town of Ventura California, you've come to the right … END_OF_DOCUMENT_TOKEN_TO_BE_REPLACED

Visitors to South Padre Island Texas will find endless stretches of sand and surf. You can also … END_OF_DOCUMENT_TOKEN_TO_BE_REPLACED

Traveling to Eugene Oregon is sure to give you an appreciation for nature and culture. This … END_OF_DOCUMENT_TOKEN_TO_BE_REPLACED

Skaneateles Lake is one of the Finger lakes in central New York. In the local Iroquoian language, … END_OF_DOCUMENT_TOKEN_TO_BE_REPLACED